It is possible to create ASP.NET Core application right from zero with Visual Studio Code but still the machines were invented to make life easier for human beings. For ASP.NET Core there are yeoman generators available. These generators help developers to generate simple getting-started-type applications.

Although official documentation page Building Projects with Yeoman lists all steps needed to install client-side tools I ran into some troubles on Kubuntu. Here are steps I made to get Yeoman installed and running.

Yeoman is tool to create applications from command line. In case of Visual Studio Code it’s nice to have it creates simple web application that can be used as starting point for some real application. Running Yeoman is simple: 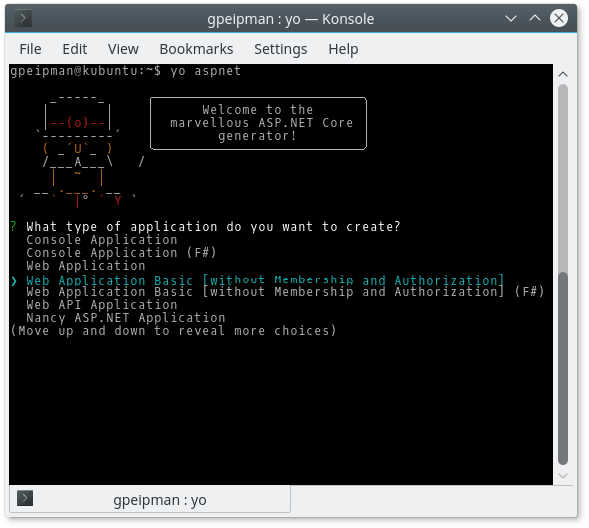 From next choices I selected Bootstrap and named my application as BasicTestWeb.

After application is created it needs some simple care. There is command-line utility called dotnet and it is used to maintain and run .NET Core applications. This utility comes with .NET Core installation and it is installed the way that it can be called from all folders without specifying path.

To restore pckages and build web application the following commands must be run:

Here’s the screenshot of fragment of output. 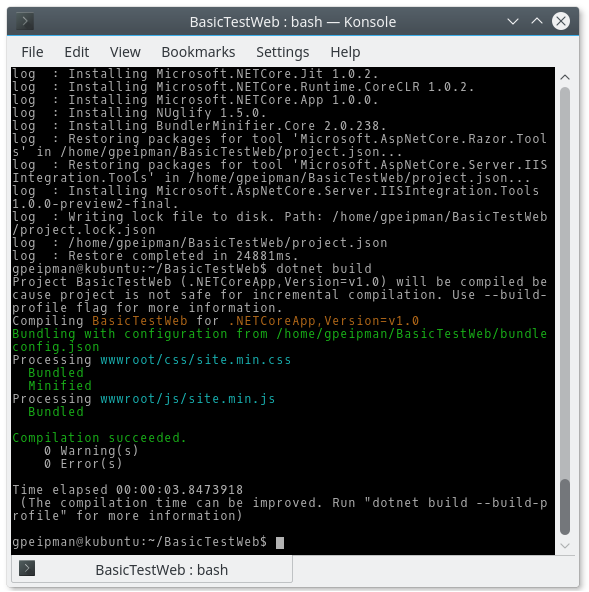 If restore and build succeeded and there were no issues on starting web application in Kestrel web server it’s possible to see web application running when opening browser and navigating to http://localhost:5000. 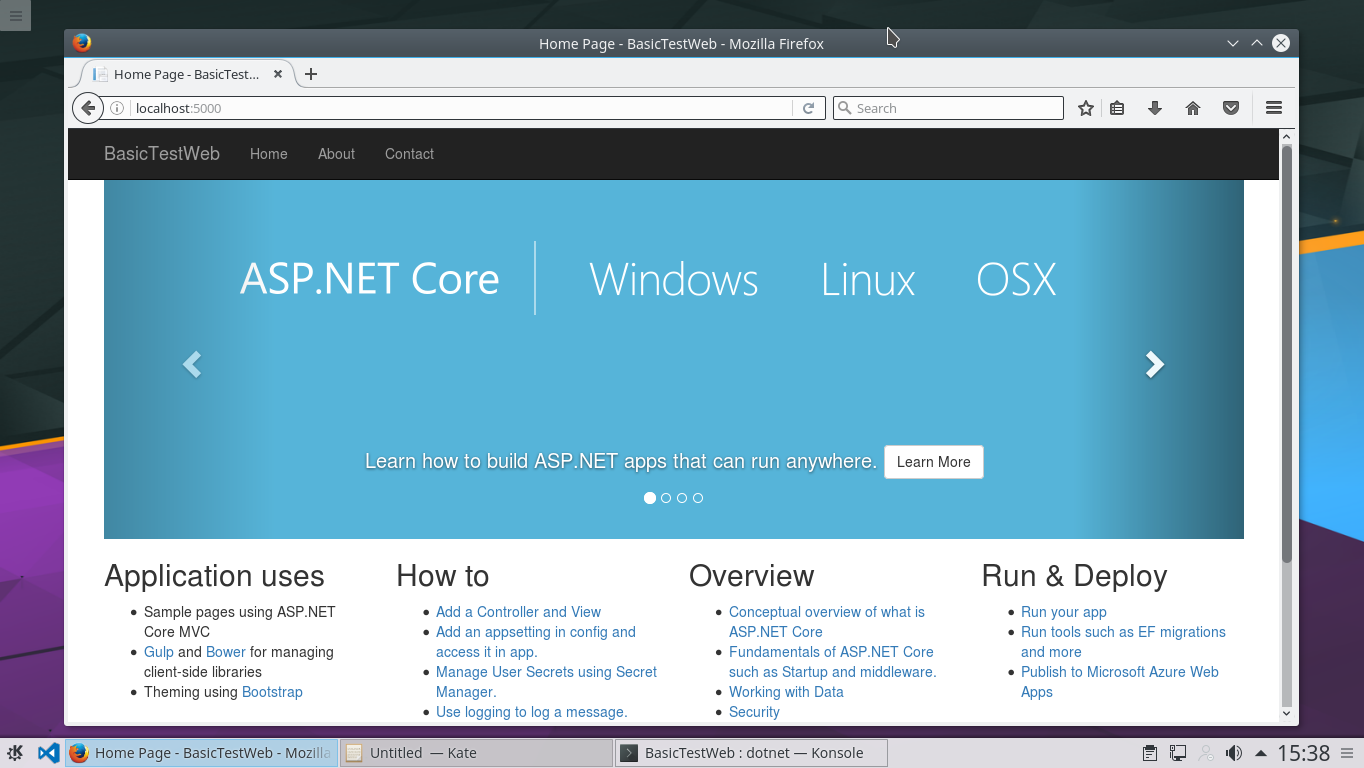 When web application is running then it generates output to console. This way it is easier for developers to see the requests and find out what is going wrong when testing their web applications.

Yeoman has many more templates available for ASP.NET Core applications:

Syntax to run these generators is actually simple:

For command-line code editing the most popular tools are perhaps vi/vim and Emacs. Both of these editors can be used to build ASP.NET Core applications on command-line because there are no binary files to worry about. I’m sure Linux gurus have other favorite editors for coding and these should work as well too. Screenshot below shows HomeController.cs open in vim. 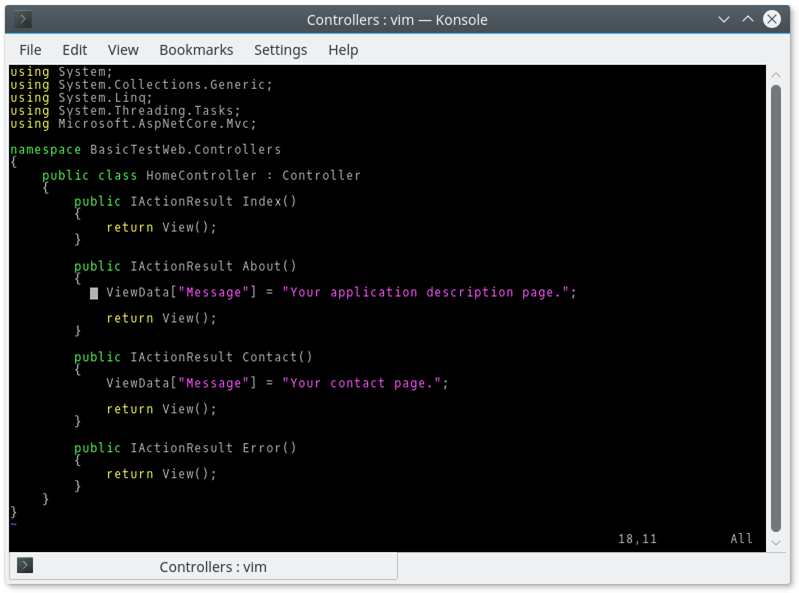 It’s possible to build ASP.NET Core applications fully on command-line. With Yeoman templates it is easy to create simple basis ASP.NET Core applications. Under Linux it is possible to use different code editors that doesn’t need graphical user interface. Of course, managing graphics this way can be challenging. Still writing the code is possible and developers can use the tools they are already familiar with. And there are also good news for those who love open-source: it’s all open-source!