Suppose we have solution with SQL Server database project and we want to use schema compare feature to update production database when new version of application is deployed. We don’t want to update database directly from Visual Studio but using Azure DevOps release pipelines. Here’s the pipeline I’m using in one of my projects. Blue blocks are steps in build pipeline and orange blocks are steps in release pipeline of Azure DevOps.

I don’t cover all steps of building Azure DevOps build and release pipelines as these topics are already covered thousands of times by different pages in internet.

SQL Server database projects make database schema versioned. We have history of database structure changes in Github or some other source code repository. It’s easy to take a look at history and see what changes and when were made to database. But there’s more.

If we change development database we can use schema compare feature of Visual Studio to compare changes between database and schema project.

Same way we can compare schema project to production database and if needed we can update database with one button click. That’s nice but it’s manual work and doesn’t fit well into automated release topic.

How to build database project on Azure DevOps

On Azure DevOps I solved the problem by adding MSBuild task to build pipeline. .NET Core tooling skips database project and MSBuild task skips .NET Core projects. So, both types of projects are together and at same time separated.

I configured it to build only schema project. 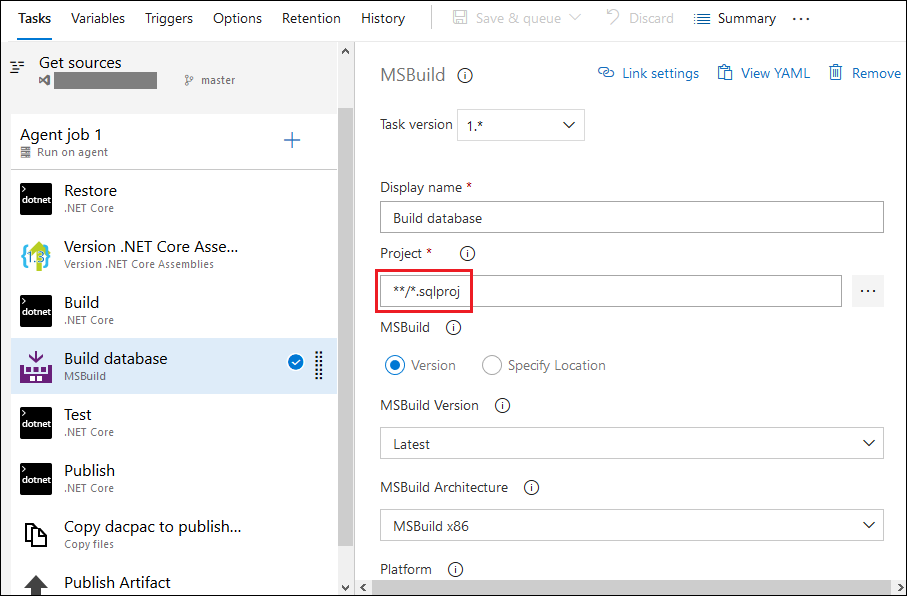 Next thing I had to do was to copy resulting DACPAC file to build artifacts drop folder. I used File Copy task for this. 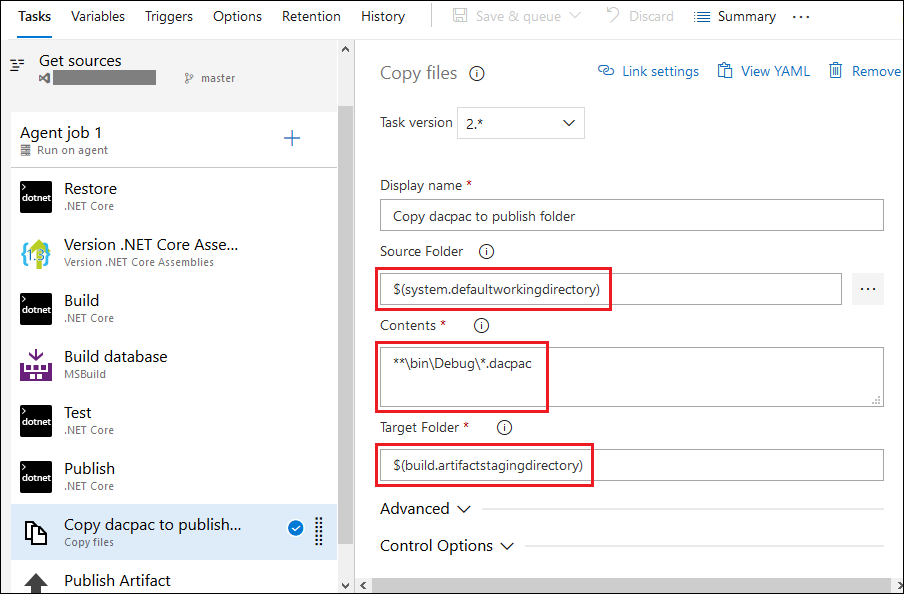 Although file location in drop folder is far from perfect, the DACPAC file is there and available to release pipeline.

I have release pipeline that is run manually. It updates database and deploys new versions of web applications to Azure App Service. Updating database is first step in the release pipeline. There’s special pipeline step by Microsoft to update Azure SQL database. Just add it to pipeline, fill configuration parameters and you are good to go. 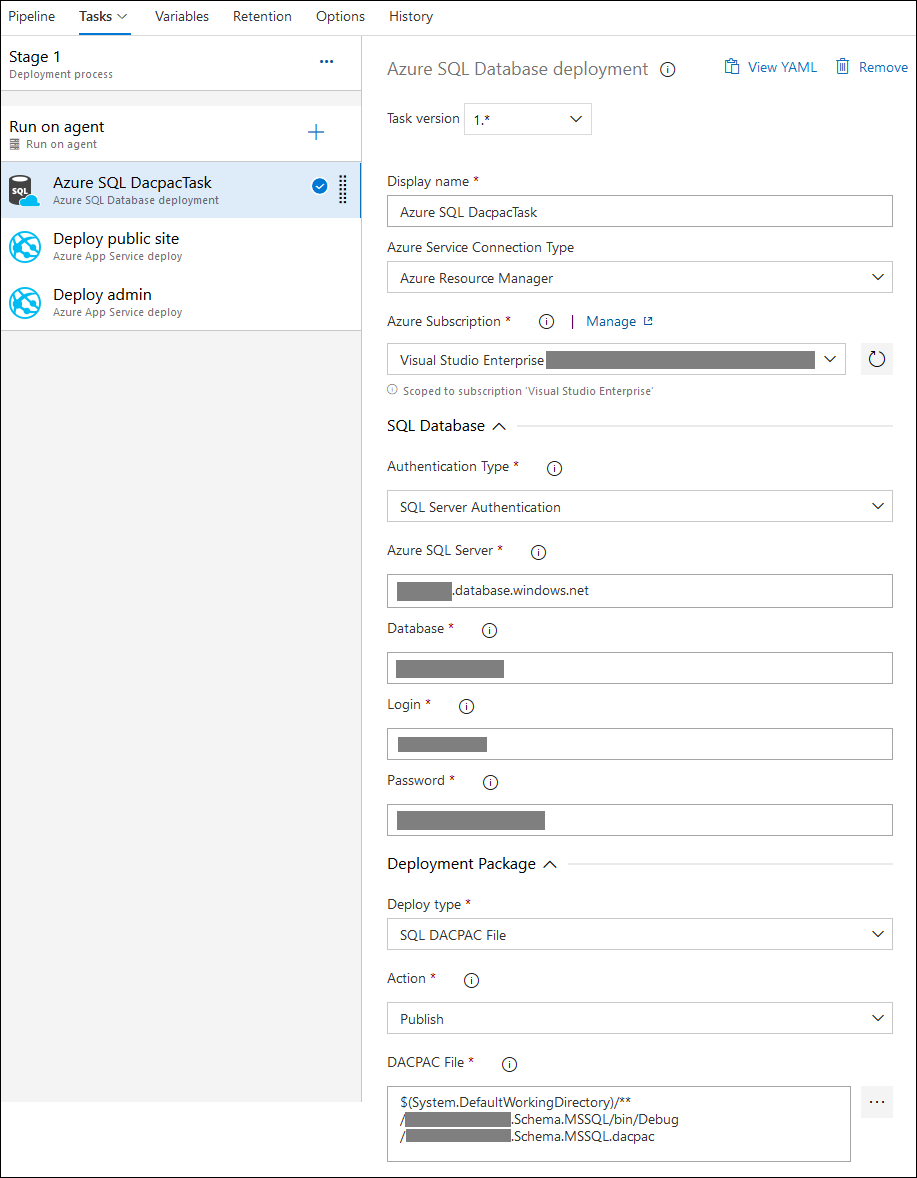 Database update is done based on DACPAC file built in previous section. All we have to do is to organize DACPAC file to Azure SQL Database deployment step and magic happens automatically.