Next major update for Windows will introduce Windows Sandbox. It is temporary lightweight virtual machine that allow users and developers to run programs in isolation. This blog post is overview of Windows Sandbox with focus on developers. 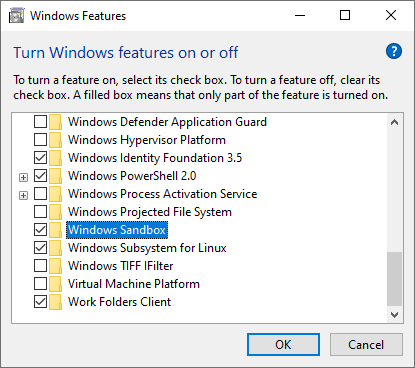 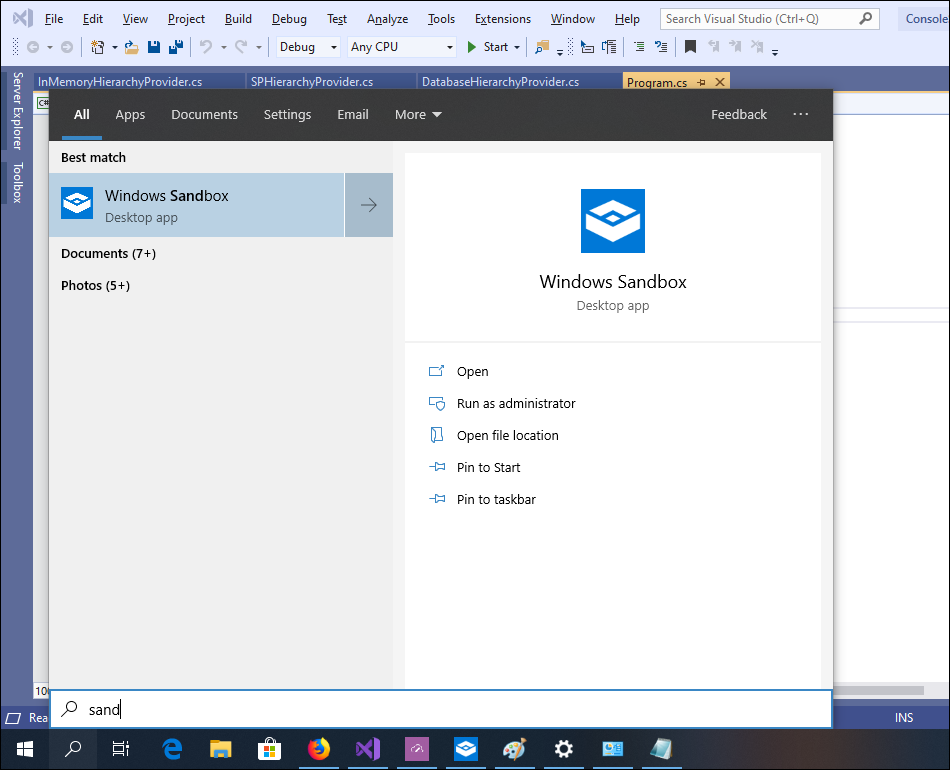 Those who need it often can add it to start menu for quicker access.

Windows Sandbox is quick and effective way to wind up virtual machine, try something and then blow it off. When trying out current preview of Windows I see some important things for developers to know. 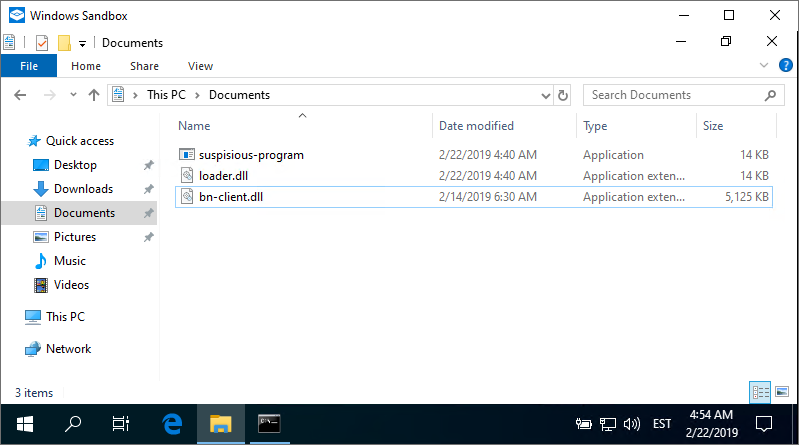 If application needs some large Windows features or some other slow to install components then it’s better to go with Hyper-V virtual machine that uses clean prepared image.

It’s also possible to copy folder with required command-line utilities and batch file to Windows Sandbox to download and install required components for application, take source from Git, build it and run. Again it comes down to size and time of additional components. If something like this is not needed frequently or process runs fast then this is one option to consider for developers.

On my development laptop (runs Visual Studio on big web applications well but not strong enough to run SharePoint virtual machines) Windows Sandbox runs smooth. It puts some unexpected load to host system when it is starting but after this there are no glitches – it just runs.

There’s no reason to worry about memory shared between host and Windows Sandbox – they can’t access private memory buffers of each other. So memory level attacks are avoided by architecture. Or let’s hope they are avoided.

Besides nice things there are also support for battery pass-through and hardware accelerated rendering. More technical details are available at Microsoft Technet Community page. It’s possible to configure networking and startup scripts for Windows Sandbox. Not many options are available right now but let’s hope again for bright future.

Windows Sandbox is lightweight and great solution to try out things fast without installing whole new virtual machine. It comes always clean and it doesn’t keep it’s state today. I’m sure that Windows Sandbox will be win for power users, administrators and developers who have clear idea what it means to run something in isolation. Dumb users probably will continue running all these interesting exe and bat files like before.

6 thoughts on “What is Windows Sandbox”